Commissioned by The Hour Collective

Head, Heart, Gut shines a light on the ways that we think, and where, sometimes unexpectedly, those thoughts emerge from. The instincts that we carry within us stretch back through the ages and inform the way we think and react now, in an act of collective 'muscle memory' that directly connects us with our ancestors.

Commissioned as part of 'One Year of One Hours' - to celebrate the first anniversary of The Hour Collective, coaching for artists, twelve artists were commissioned to make a piece of work responding to their coaching journey. The Hour invited the artists to spend one hour making something in response to an ‘aha’ coaching moment.

The Covid-19 pandemic has had a high impact on women, both on a personal and professional level, with a greater share of childcare responsibilities (including home-schooling), an increase in domestic violence and a higher proportion of job losses. We can hope that changes in working practices, including flexible hours and working from home, may benefit workers in the long term.

Still Life was created to empathise with and celebrate the power of women on International Women’s Day 2021 – their practicality, strength and fortitude. Popular emojis travel around the screen, referencing both their ubiquity and the inadequacy many feel about how to express themselves under the enormous pressure of the pandemic. Still Life taps into the collective memories that give us our contemporary context – the Goddesses of our foremothers, who have contributed to our thinking today.

Object Love is an animated video of objects from the collection of Museums Worcestershire and from people’s own homes. I think of it as a moving ‘still life’ that brings a new perspective to the things that we collect in the museum and in our homes. We all have things in our homes that we cherish, whether they have monetary value or for sentimental reasons, and many museum objects are items that were once in an individual’s home.

In autumn 2020, I invited people to choose an object, and tell me the story behind it for Object Love, commissioned by Worcester City Art Gallery & Museum. Worcester’s art gallery is housed in one of the oldest museums in the country; the Worcester Museums collection of objects and art is very varied and full of fascinating things. I also collected images of some of the objects that people have at home that they cherish.

My recent work has explored the Memento Mori/Vanitas painting tradition, which was an idea that started in the 17th century. Artists created paintings that gathered together objects, which could include flowers, fruit, vegetables, insects, skulls, books, clocks and so on. The translation of ‘memento mori’ is ‘remember you must die’ and the idea was to remind people that they should live their lives to the full. I like to think of it as a nudge about possessions and materialism that reminds us that, ‘You can’t take it with you.’

By Rebecca Farkas and Leanne O'Connor

Sun Stands Still by Leanne O'Connor and Rebecca Farkas was commissioned by Meadow Arts as part of regional project It Gets Lighter from Here. On the 21st December 2020, the Winter Solstice, hundreds of short digital works were released at the same time, to bring light to the longest night of a very long, pandemic-filled year.

Leanne and Rebecca created a callout for farmers and workers who are up at dawn in the rural counties of Herefordshire, Shropshire and Worcestershire to submit their sunrise pictures for inclusion in the film, which is 60 seconds long. They explained, "While doing research, we discovered that the term solstice comes from the Latin word solstitium, which means 'the sun stands still', which inspired the title of our project."

It Gets Lighter from Here was a region-wide celebration of hope, optimism and possibility for the future, showcasing the value of creativity and the arts, organised by Culture Central and the West Midlands Culture Response Unit, created to bring the arts together during the Covid-19 crisis. 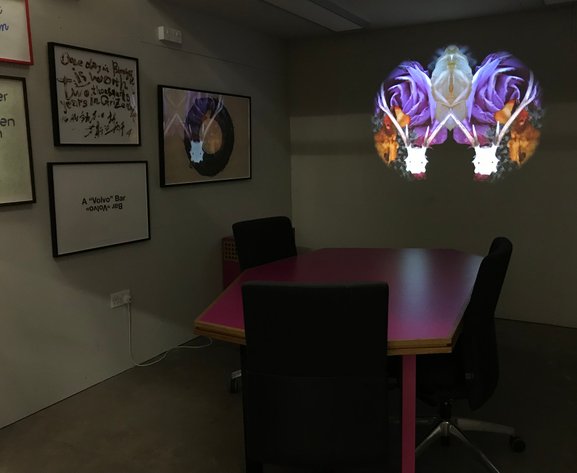 For our throwaway times, I created a series of animated images that reference the traditional Memento Mori and Vanitas. Photographic imagery connected to these traditions (an animal skull, flowers, books) appear and move slowly within the oval shaped projection, alongside some of the accoutrements of modern living, like mobile phones, social media icons and anti- wrinkle creams. Momento Mori is an exploration of the idea of memory, mortality and loss that I began in previous work, The Twelve Trees.

Memento Mori is a Latin term that in English means, “Remember you must die.” This reminder of mortality is not meant to be morbid or make people fearful, but to inspire and motivate people to make the best of their lives. The idea has been a central theme in art, philosophy, literature and architecture throughout history. Related to Memento Mori, Vanitas is a still life tradition of painting that also reminds us of the vanity (as in ultimate worthlessness) of worldly pleasures and goods.

Experimental work exploring possessions in a series of animated gifs that I see as moving still-lifes, continuing on the from the work I started last year on the Memento Mori and Vanitas. 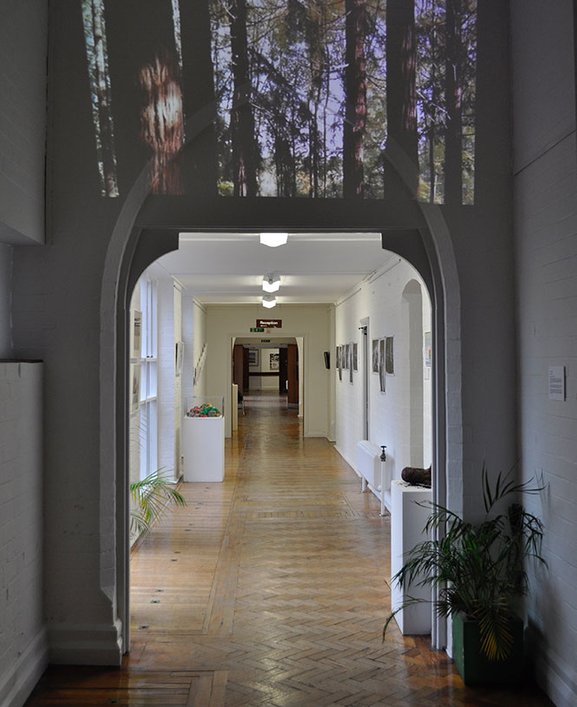 In twelve months, I lost twelve people I knew, some of them close and some less so, but still people who I had known since I was small. Twelve Trees is an exploration of grief, through a thoughtful and peaceful projection of slowly moving images onto a little used space in the building of Hereford College of Arts. The installation became a point of contemplation for staff and students and the college asked for it to be left in place for a month longer than originally planned. The work was reconfigured for The Happening, an Invisible Arts Network (Rural Media) event in 2017. 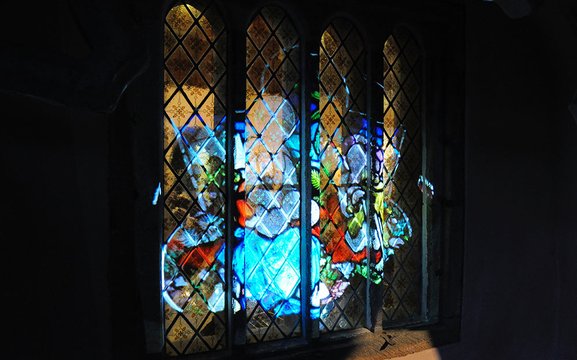 A commission for The Light, a group show of artists working with light. Volka was an installation of projected images in the Volka Chapel at St Michael & All Angels Church. The images were all collected in and around the church and re-presented on and through the chapel window, shining into the interior of the church. The work transformed this area of the church and chapel, showing the details of the church and its environment in a new way and challenging the visitor's knowledge and reading of the building. 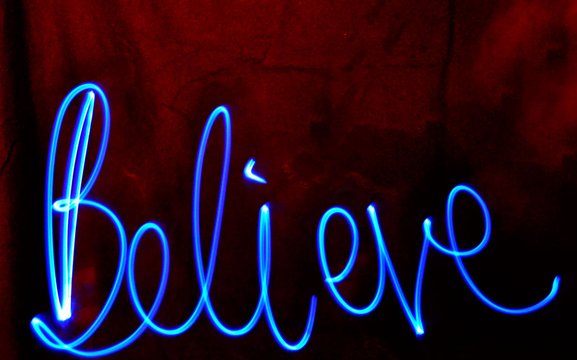 A short artist's film, exploring the abuse of power and the shame it can create. The film invites the viewer to form their own opinions. 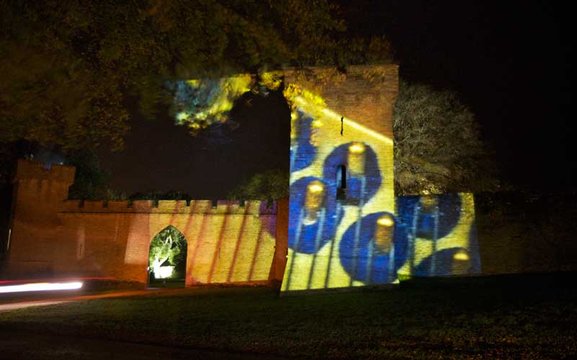 This is a reconfiguring of a 2013 commission for Meadow Arts and National Trust's Croft Castle & Parkland, who asked for the work to be reshown in a new way. The commission investigated the fabric of the place, both materially and in terms of the stories and tales that live on through its inhabitants and visitors, past and present. The projection on the outer walls of the castle's grounds brought the castle's contents out into the open and subtly referenced the legends and tales of this ancient place. Photos by Stefan Handy. 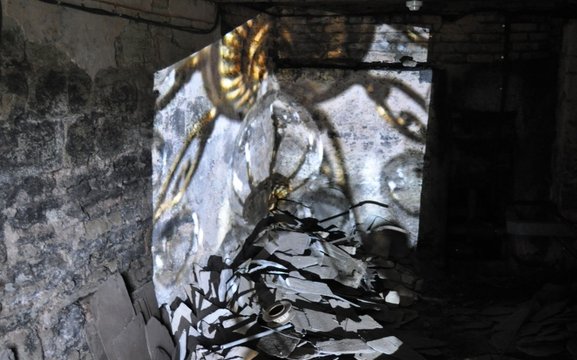 Thereby Hangs a Tale is the result of an artist's residency at Croft Castle & Parkland, during which I investigated the fabric of the place.. The Slate Store was a forgotten space in the outer walls of the castle,  a building which was otherwise carefully curated and cared for in every detail. Photographing the ornate details from inside the castle I projected them, along with studio images referencing the tales and folklore of the place, into this dark and unloved space, playing with ideas of inside/outside and what we choose to cherish or abandon.